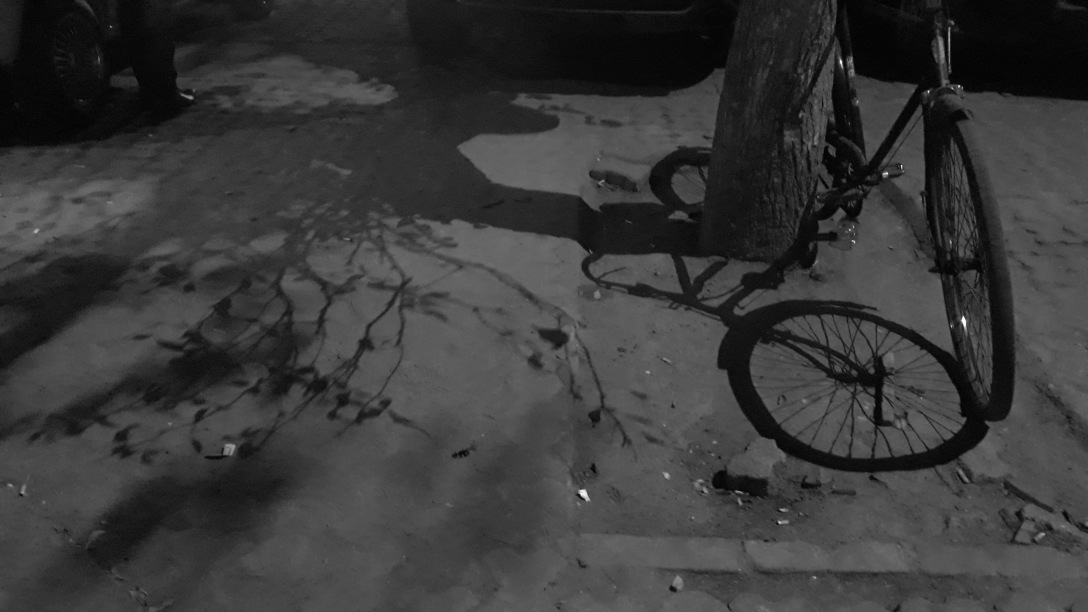 I was gifted a cycle last year by a ‘cyclist’ friend but have used it only a couple of times, sometimes in a large park a few kilometres away from my house and a few times to buy vegetables and groceries closer home. Even as I had been warned by friends—part of a tiny minority of their class who cycle as a way to get around the city—that cyclists are at the bottom of the food chain of creatures on the street (sometimes even below pedestrians, I realized later), it didn’t prepare me for what I experienced. From looks of amusement, catcalls and lewd comments from men, to male pedestrians deliberately blocking my way, the constant dodging of vehicles flouting traffic rules and absolutely no one, no vehicle or pedestrian, even registering my presence (transforming the bell I had so carefully chosen for my cycle to a mere decoration), I found cycling too exhausting and infuriating to incorporate into my everyday life. So I was pleasantly surprised when Namrata, a friend, shared her experiences of cycling as more than just a hobby as part of her life in a new city. As someone interested in how practices and modes of movement shape encounters and ways of seeing a city, I wanted her to write about her ‘cycling’ experience. 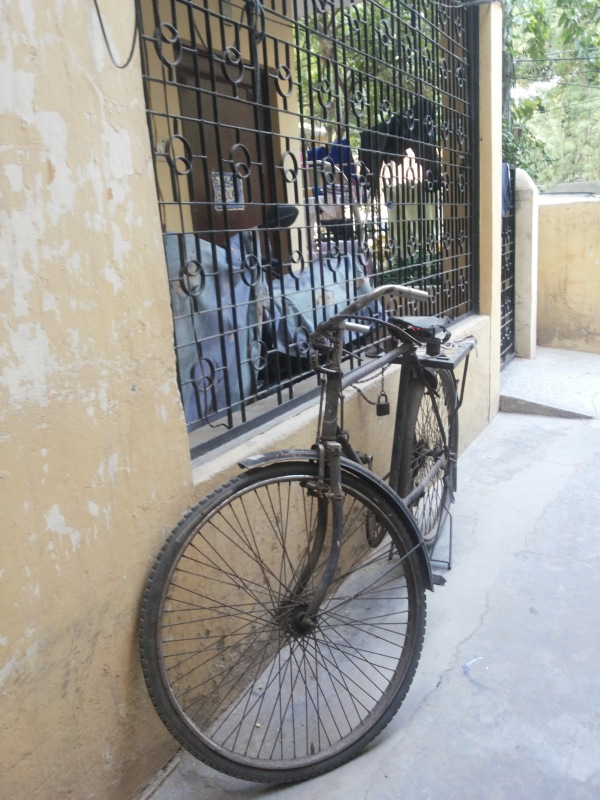 While Namrata’s short essay, which in her own words is simply a slice of her experience, is written from the perspective of an ordinary city dweller, it has very many tiny insights into how cities work. When she writes, ‘City roads are built for motorized vehicles’, she is echoing what Jane Jacobs wrote way back in 1961.[i] While automobiles are viewed the synecdoche of all evils of city life, curiously much of urban planning and design world over continues to be aimed at better fulfilling the needs of automobiles rather than people. Building better and more and more multi-lane roads, flyovers, expressways, and high-speed corridors, which swallow up streets and their ways of life, are seen as the way forward in making cities smarter. A 2014 CSE study[ii] points out that designing city roads to increase the speed of motor vehicles has not only resulted in a neglect of the ‘infrastructure and rights of walkers, cyclists and public transport users’ but also resulted in a phenomenal rise in road accident fatalities, the brunt of which is borne by cyclists and pedestrians. The report provides some startling figures. In Delhi, the share of pedestrian fatalities in road accidents is as high as 44 per cent. Two cyclists and one car rider die in the city every week. Not surprisingly, most accidents occur near flyovers, crossings and signal-free, high-speed corridors—those miracle cure infrastructures that can’t be questioned. That 40 per cent of the total road length of Delhi has no sidewalks and cycle lanes are almost negligible or discontinuous and unusable where they exist does not make walking and cycling as alternative modes of getting around the city viable and sustainable. And the fewer people walking and cycling the streets, the less encouraging it is for more people to engage in these practices. Well-designed and -maintained infrastructure would not only encourage more cyclists from diverse backgrounds but also normalize the very practice of cycling in which a middle-aged woman riding a cycle would no longer be a curiosity. 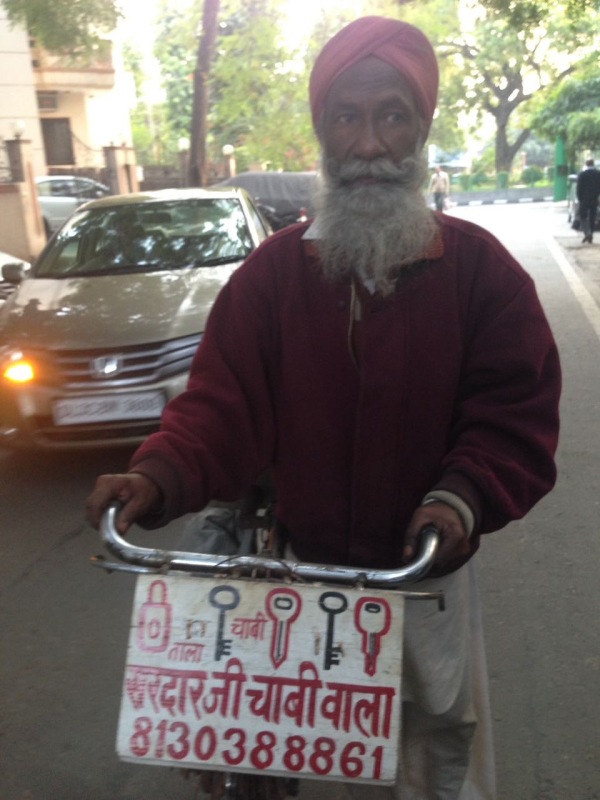 Peter Walker, in the book Bike Nation: How Cycling Can Save the World argues that cycling can bring about big changes in cities only when it is ‘nothing more than a convenient, quick, cheap way of getting about’ rather than ‘a hobby, a sport, a mission, let alone a way of life’.[iii] Infrastructure does play a significant role in shaping the ecology of city roads, banishing and attracting different kinds of creatures who occupy those roads. Walker gives the example of Lower Thames Street, a road in central London, which became inhospitable for cyclists in the 1960s when it got widened into a double-lane urban motorway. Things changed dramatically only in 2015, when the street became part of a new infrastructure called the Cycle Superhighways, not only attracting cyclists in large numbers but more significantly transforming the identity of cyclists: ‘London’s bike culture has long been dominated by speedy young men riding rapid bikes in specialised clothing, a product of the feral culture and lack of dedicated provision for cyclists. But now other people were emerging on bikes: older, younger, slower, dressed in ordinary clothes, not riding lightweight racing bikes with ultra-skinny tyres.’[iv] 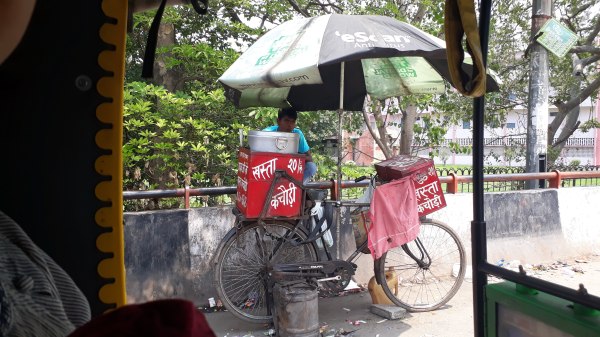 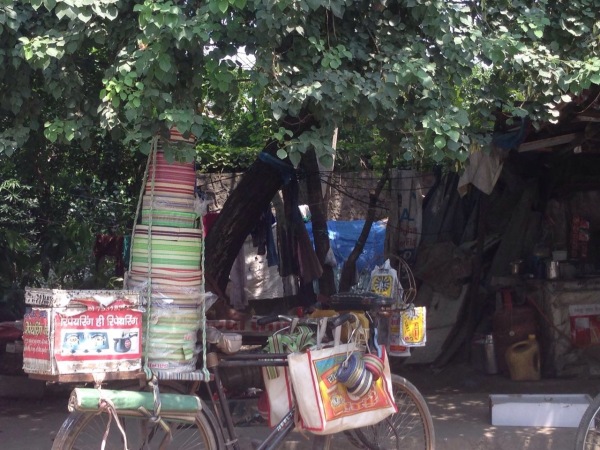 Delhi’s cyclists are sharply divided along instrumental terms: those who cycle as a way to get around the city and those who do so for recreation and/or fitness. While there are exceptions, more often than not this division in the functionality of cycling coincides with very stark class divisions. The former comprise members of the working classes (predominantly male) for whom cycling is an accessible mode of transportation and the latter an elite (often male) club indulging in a specialized sport supported by the paraphernalia of helmets and high-visibility gear. As with walking, most initiatives at popularizing cycling, in Delhi and other cities, are less about bringing it back to the realm of the everyday or ordinary practices but involve repackaging it as a novel and expensive, hence desirable, commodity to consume. Yet the humble cycle is not just a means of transportation but also plays other roles in the everyday life of the city—in the home delivery of groceries and vegetables, in the pick and drop of clothes by the dhobi, in the movement of wares and tools of street vendors, and by even doubling up as a stationary shop selling chai, paan or kachori, or a mobile repair shop that fixes pressure cookers or cots. It is connected in tiny but significant ways to forms of work and labour in the city as well as the city’s ‘infra’ structures—those basic facilities without which our homes and lives in the city cannot function. 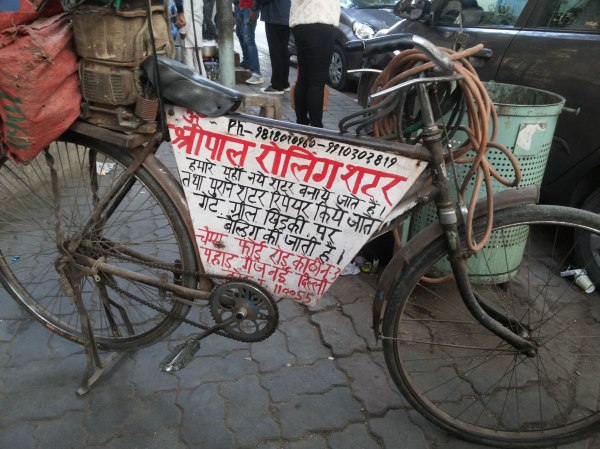 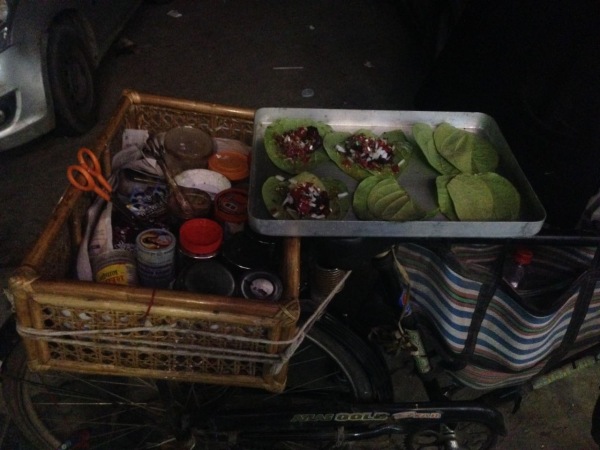 To some extent Namrata’s interest in cycling gets kindled by the existence of an infrastructure, the Sabarmati Riverfront, and the presence of other cyclists. But, more significantly, as her interest turns into a practice, it opens up various possibilities—escaping the stress of a job; cycling in not-so-conducive streets, including a flyover; inter-class encounters that are rare in the segregated lives we live in cities; getting to know a new city in intimate ways; and incorporating the practice into her everyday life. While the presence or absence of infrastructure does shape people’s practices on streets, infrastructures also get animated by practices, sometimes even pushing the boundaries of how they are meant to be used. I have always been fascinated by the flyover that connects Laxmi Nagar with the Mother Diary factory in east Delhi. In the evenings, the narrow pavements lining the flyover on both sides as well as the footover bridge connecting both sides is populated by people of different age groups—friends, families, lovers and loners—walking, sitting, chatting, hanging out, watching trains, clicking selfies, and by street vendors selling food, balloons and plastic toys to this throng of people, together transforming a dusty, traffic-heavy flyover into a bustling street. A flyover is meant to be an aid to traffic movement and whether it manages to do so or not, it is difficult to imagine it as doing much else. Yet, in this case, it is the ordinary practices of ordinary city dwellers that make the flyover exceed its function as one kind of infrastructure. 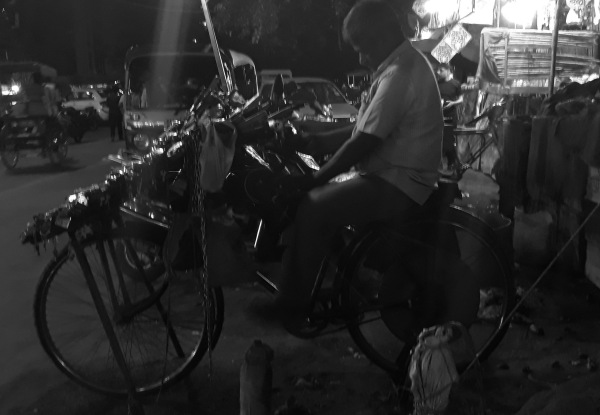 Sometimes, a practice is made possible simply by the act of practising it, and then it takes a life of its own, opening up new experiences and encounters, and expanding the contours of the practice itself. In 2013, when I spent three months in Kolkata, I would end up walking at least 10–12 km every day. It started partly as a way to remember routes in the city I was new to, partly encouraged by the fact that so many people walked the streets, irrespective of whether the pavements were well-maintained or not, and soon enough I was addicted to it. Walking the streets of Kolkata brought back a memories of me walking long distances in Delhi in my college days, sometimes to avoid taking crowded buses and sometimes just like that. And I wondered whether it was part of growing up and always being in a rush that I had resorted to taking autos and rickshaws even for short distances that could be easily traversed on foot, while reserving walking to something I did in parks or my apartment complex. Because walking become part of my habitus in the months I spent in Kolkata, I could bring it back to my city, get to know it in new and intimate ways, making it a part of my everyday life of work, pleasure, meeting friends, exploring new places, writing, exercise, and yes, getting from here to there. 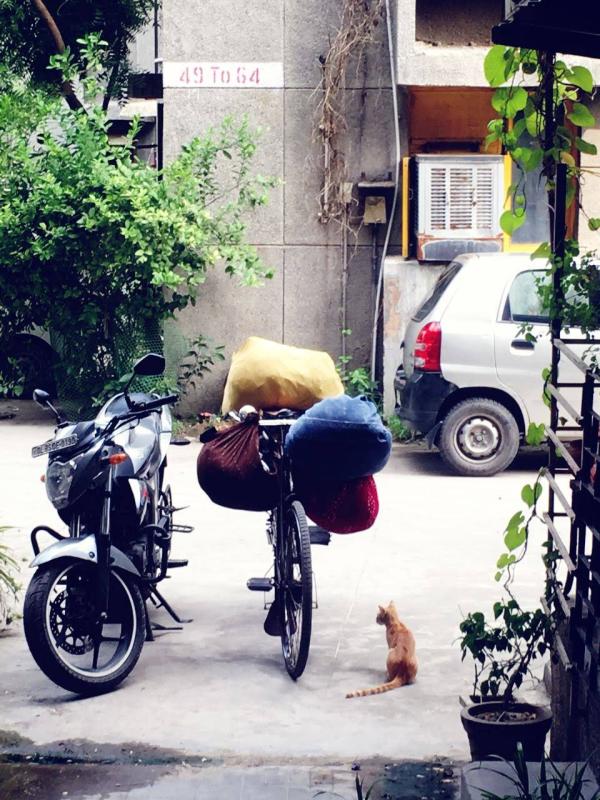 So perhaps it’s time for me to dust my cycle, check the tyres for air and give it a chance and my city the possibility…where the young and the middle-aged, children and the elderly, men and women can, for reasons they choose and make along the way, bicycle bicycle bicycle.

The title of the piece is from a line in the song ‘Bicycle Race’ by Queen. Photographs by Samprati  Pani and Sarover Zaidi.

[ii] See https://www.cseindia.org/delhi-tops-the-country-in-fatal-road-accidents-and-in-number-of-pedestrians-and-cyclists-falling-victim-says-new-cse-assessment-5447, accessed on 20 October 2018. All figures cited are from this source.