Since we’re not young, weeks have to do time
for years of missing each other. Yet only this odd warp
in time tells me we’re not young.
Did I ever walk the morning streets at twenty,
my limbs streaming with a purer joy?
did I lean from any window over the city
listening for the future
as I listened here with nerves tuned for your ring?
And you, you move toward me with the same tempo.
Your eyes are everlasting, the green spark
of the blue-eyed grass of early summer,
the green-blue wild cress washed by the spring.
At twenty, yes: we thought we’d live forever.
At forty-five, I want to know even our limits.
I touch you knowing we weren’t born tomorrow,
and somehow, each of us will help the other live,
and somewhere, each of us must help the other die.

She has walked in no other city as much she has walked in Delhi, the city not meant for walkers, the city that aspires to be a non-walking city. But unlike Mrs Dalloway who could simply and straightforwardly say ‘I love walking in London’,[i] she could never unabashedly say ‘I love walking in Delhi’. May be it’s got nothing to do with walking or with Delhi. May be it is her fascination with cities, including the one she calls home, that makes her walk them. Maybe it’s because she walks so much that she is able to love her city and others.

Cities are not easy to love, and they rarely love you back. 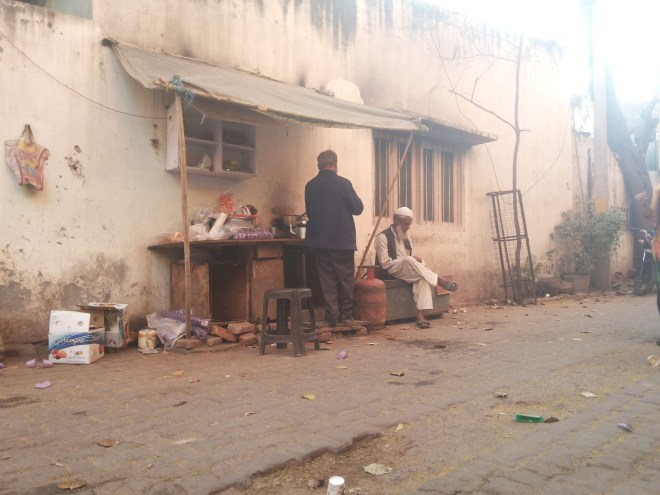 City dweller, seeker of the city’s secrets, introvert, loner, writer, friend, lover of dogs, stranger, she doesn’t know what she is when she is walking. But it is an addiction—she needs her regular dose of walking to remain connected with the world and (not) drop out.

She walks from the metro station in an angry huff when the autowallas try to fleece her, making her way through the heavy traffic and honking vehicles, past the hijras and balloon sellers at the red light, over the flyover with a narrow strip of a walking track that makes her giddy, ignoring the cars that slow down to check out a woman walking alone, turning in from the automobile and bike repair shops to take a short cut through market lanes humming with people, by which time the anger has fizzled out, and she stops to treat herself to the sweet warm nankhatais being sold on a thela before crossing over to the pavement that leads to her home, saying hello to the various dogs that inhabit it, not without missing the skinny black one who disappeared many months back.

Was it not love, just because it is no longer there? 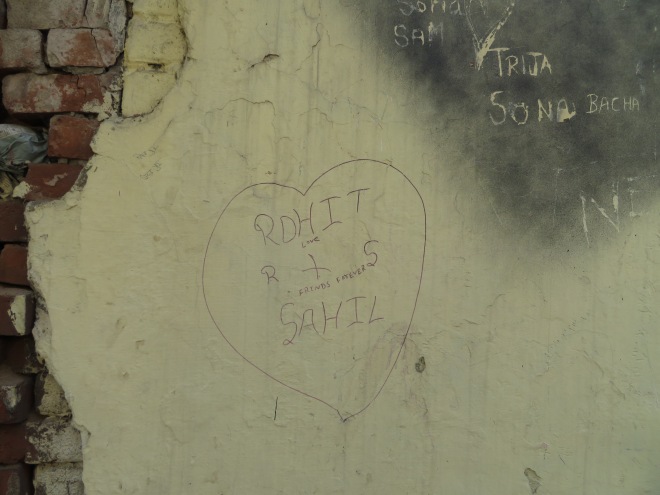 She walks to her favourite spot behind the Mother Diary factory, a pavement outside an apartment block, where he sometimes is and sometimes not—her favourite dog, the not-so-good-looking one, who is sometimes thrilled to see her and smothers her hands and face with his saliva but more often just ignores her, acknowledging her by lifting his head for a second and then going back to napping. On days he is feeling generous, he trots beside her as she walks through the pop-up bazaar close by, often running ahead and then running back to her with a found object (usually a dirty polythene packet) that he deposits next to her feet to admire.

Dogs are easy to love, even when they are vain. 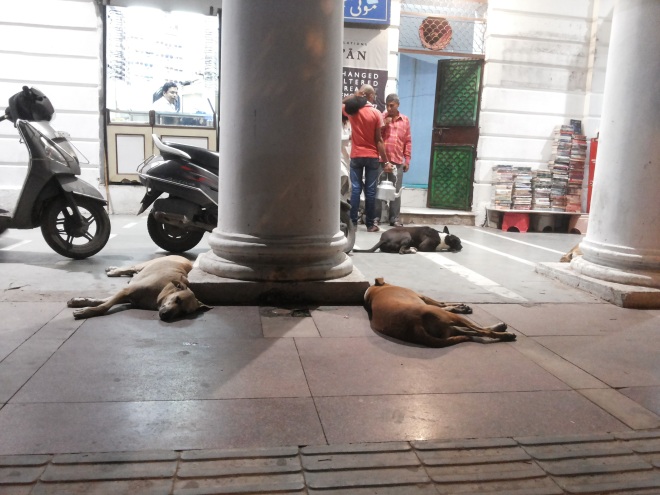 When words hurt and even silence feeds misgivings, she tells him, ‘Let’s go for a walk.’ And they walk, sometimes in silence, and sometimes through chatter about Ratty and Mole, about a cactus that needs a new home, discussing the typefaces of shop signage, trying to identify trees on the way, eating samosas that they know will make them sick, and being almost-friends.

She walks when she is thinking of writing, turning words over and over in her head, even as she knows they will write themselves out in ways she hadn’t thought. She walks to banish bad moods, the flimsy ones disappear quickly at the corner of her apartment gate; the stubborn ones stick to her through the fourteen rounds around her apartment block and end up giving her heartburn. She walks with friends, old and new, so that she can practise talking, without the effort and awkwardness of the conversational codes that govern living rooms, dining tables, cafes and conference halls. She walks because ten thousand steps a day is supposed to keep your heart and mind healthy, delaying the onset of senile dementia.

Walking lets you be… 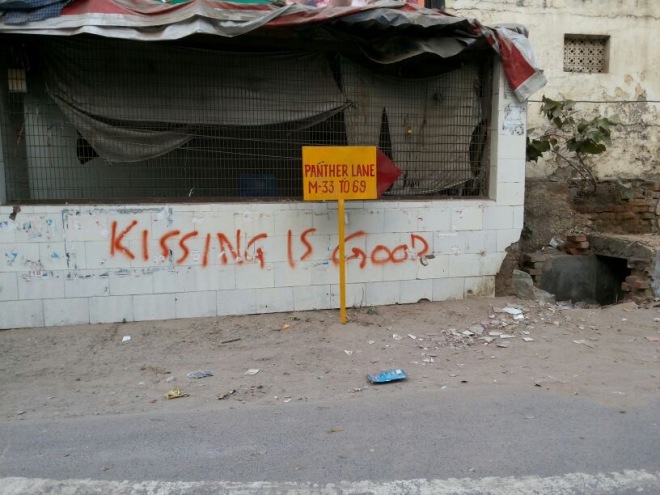 She thinks, ‘I can’t live in a city where I can’t walk.’ But then she does continue to walk in her city. Is it her city’s inability to have a real monsoon that’s making her threaten it? Or is it that she actually no longer wants to walk in her own city? No longer walk in her city where walking by instinct makes her heart wander beyond the sound of her footsteps, the ache in the calves, the sweat trickling down her spine. Her city, where unlooking and unfeeling are impossible. Where the excess of memories, hopes, loss and things-to-not-think-of weigh heavier than the clouds that refuse to rain. Or is she scared that if she continues to walk in her city, she will always stumble upon moments of love in the street corners. The half-blind vegetable vendor’s granddaughter whose stunning smile lifted the dust off a dreary afternoon. The dog that listened to her story of her missing-dog-friend and walked with her to the metro station because he just knew she needed company. The flower tucked in the sewing machine of the tailor on the pavement. The smell of frangipani, of potatoes being fried, of wet gunnysacks cooling the vegetables underneath, of squashed jamuns on the pavement. Does she know, like Mrs Dalloway, that while ‘what she loved was this, here, now, in front of her’—these streets, her streets, the ones she was walking—she would never be able to tell another soul of this love, of what it really is?

For to love makes one solitary.

[i] All references to and quotes from Mrs Dalloway, originally published in 1925 by Hogarth Press, are from the edition: Woolf, Virginia. 2000 [1992]. Mrs Dalloway, Penguin Modern Classics, with an Introduction and Notes by Elaine Showalter; Text edited by Stella McNichol. London: Penguin Books.