When photographing modernist buildings, I would move back and forward and sideways in an effort to frame them without the cars parked all around. I was trying to capture them a little removed from the city to which they now belong. I love modernist buildings for their defined edges and their utopian social ambition. But does their form have an essence, and does it include cars?

My first photographs of modernist buildings looked like this one, taken in old Delhi. The camera is turned upward away from the tumult of the street. 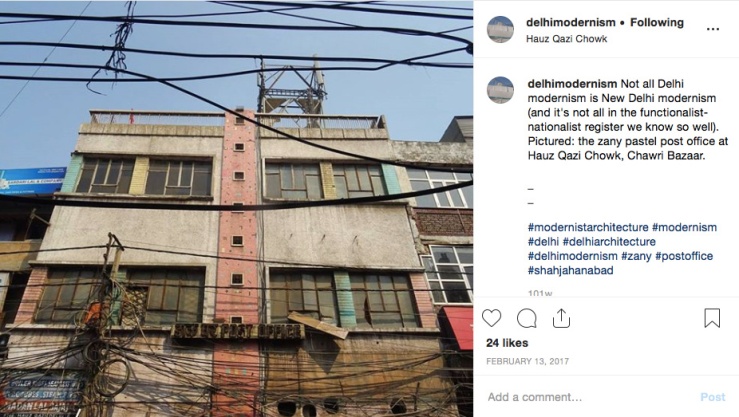 In French, buildings are called immobiles, because they are rooted in place. Cars, even at rest, possess a disposition towards mobility. It seemed natural for this reason to exclude them from my vision of modernist architecture. When I included them, it was as a sort of joke.

There is an ur-image of modernist architecture in this city: Madan Mahatta’s architectural photographs taken between the 1950s and the 1970s. 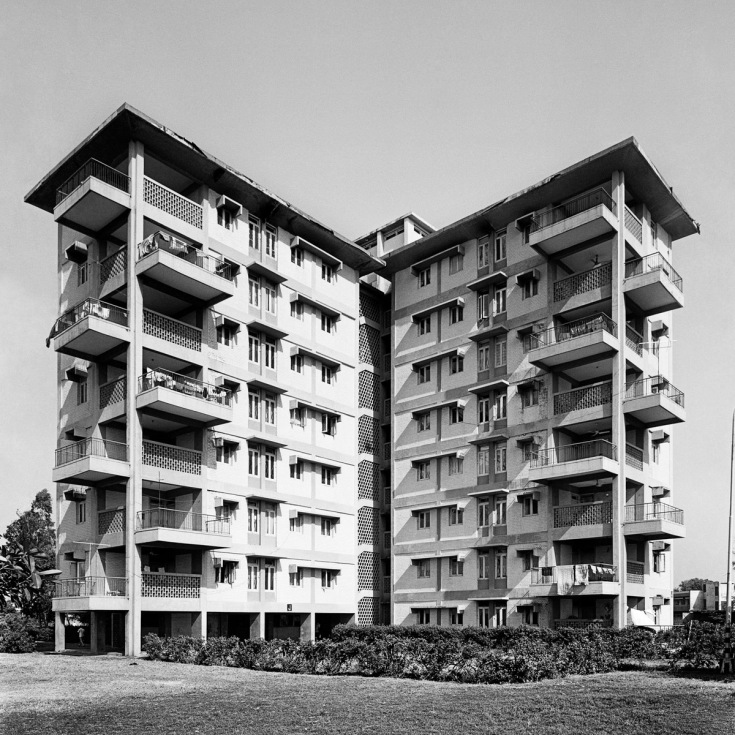 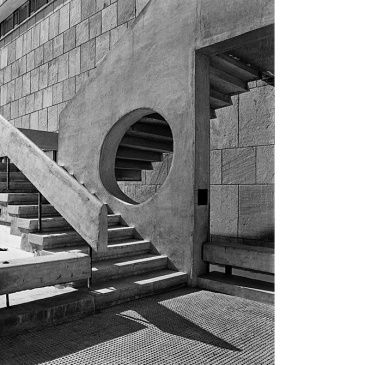 IIT-Delhi (staircase to the first floor of the building) c. 1968 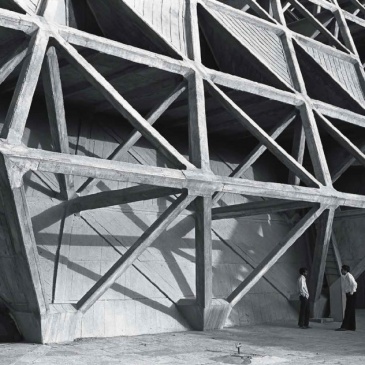 Like most architectural photographers, Mahatta has a singular focus on the static, the immobile, the formal. Occasionally, we see bicycles on the edges of his frames. Today, of course, the bicycles would be cars and scooters. Much of the empty space we see in Mahatta’s photographs has been turned over to parking. 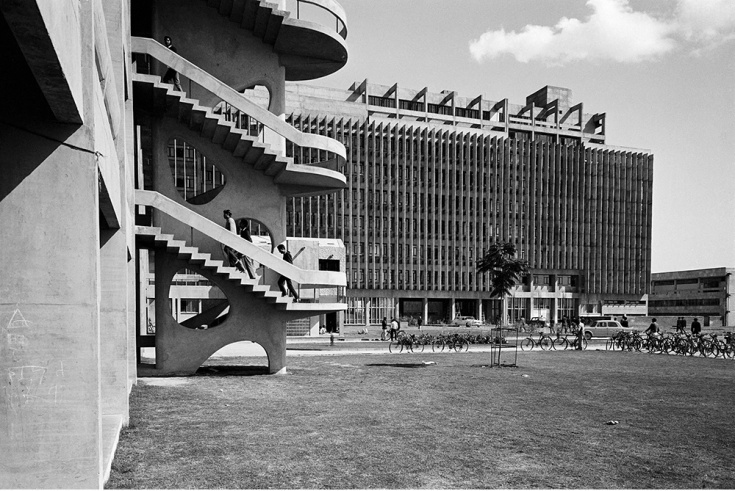 Another place we could look for an essence is the Delhi Development Authority’s Master Plan of 1962, which laid a framework for the city’s development.

The planners tried to fix the future. They laid out precise, rationalized zones into which the city should grow, with neat separations between the residential, the commercial and the industrial. In retrospect, their modernist hubris seems unhinged. As Keller Easterling puts it, ‘to ask “what is the master plan?” is like asking “what is funny?”’[i]

One of the reasons for the failure of the Master Plan was its dependence on the automobile. The planners were guided by the experts of the Ford Foundation in the high noon of American mechanophilia. Low-rise sprawl is built on the foundation of the car in motion. Easterling again: ‘dreams of universal rationality may sponsor their own special forms of irrationality.’ The wide boulevards, low densities and strict zoning of New Delhi were unimaginable without cars; yet cars were unimaginable for most residents of New Delhi. 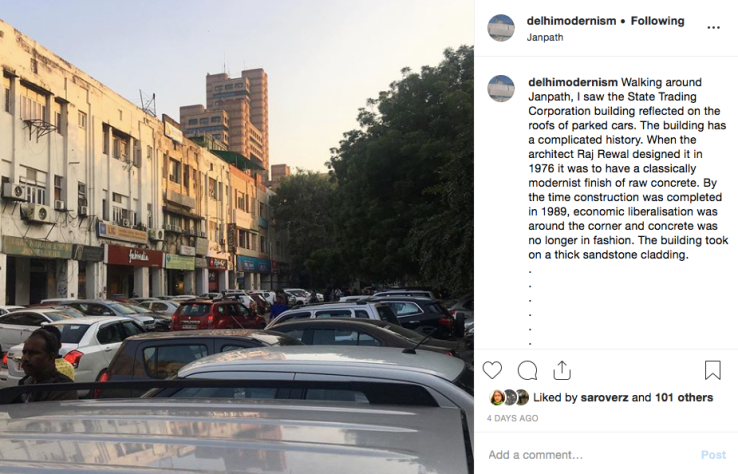 Walking around Janpath, I saw the State Trading Corporation building reflected on the roofs of parked cars. The building has a complicated history. When the architect Raj Rewal designed it in 1976, it was to have a classically modernist finish of raw concrete. By the time construction was completed in 1989, economic liberalization was around the corner and concrete was no longer in fashion. The building took on a thick sandstone cladding.

There’s a self-fulfilling logic in the Master Plan’s failures. The city was designed for cars; now the cars have arrived. Nothing along the way went according to plan. This fulfilment—the takeover of the city by the automobile—is also the nullification of the vision that the Master Plan strived for: a society that was equitable, community-driven, with neighbourhoods one could comfortably walk around. The seemingly singular rationality of the plan contained contradictory impulses. What it put forth as essence—as a problem stated and a solution given—entered the world finally as an interplay of processes.

Here we are on the Ring Road again. The city holds together like­­­­ a large and quarrelsome family: the modernist buildings are aunties and uncles, the cars are first-born, young and boisterous, the metro’s an adopted child who’s smart and sweet. Between them, business goes on as usual.

Mila Samdub is a writer and curator based in New Delhi. Mila studied creative writing at Bard College in upstate New York. His writing has been published in Art India, Real Life Magazine and elsewhere. He is passionate about infrastructure, trees and queer futurities. He occasionally posts on Instagram as @delhimodernism.

View all posts by Chiragh Dilli

1 thought on “But does their form have an essence: on actually existing modernism”